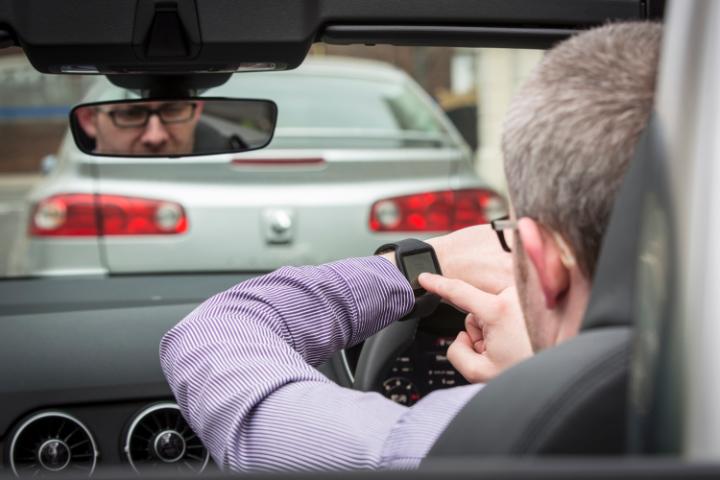 As the Apple Watch begins to see more widespread adoption, questions about safe driving while using a smartwatch continue to be posed.

In Canada and Australia, police departments have ticketed or fined drivers found using a smartwatch while behind the wheel. Even using a smartwatch to change a song can potentially endanger lives, is what these actions are saying.

However, distracted driving laws in the US vary state to state and are often vague in language. Most places forbid use of a hand-held device for texting, phone calls, and other uses while driving – but a watch, by its very nature, is not held in the hand. Rather, it’s worn, raising questions about the applicability of these laws to such devices, especially as not every in-car device is policed.

Questions such as, “Does a smart watch’s voice recognition capability mark it as a hands-free device?” remain unanswered, and arguments abound whether the Apple Watch (or smartwatches at large) are gadgets or accessories.

Still, safety – and not fear of fines – is the root concern, and should be for drivers as well. The National Highway Traffic Safety Administration said in a statement that anything that draws a driver’s eyes off the road is a concern, because “visual-manual distractions have been consistently shown…to increase risk and decrease driving performance.” The agency is working to collect better information about the impact devices such as GPS navigation systems, tablets, and voice-controlled software have on distracted driving.

Kara Macek, director of communications for the Governors Highway Safety Association, believes that, when in doubt, smart watches (much like smart phones) should be stashed. She believes it takes much more energy to read even a short text message than to glance at a watch.

“There’s an almost biological urge to answer it,” she said. “It’s bad enough when you have your phone in your purse; imagine when it’s on your arm- just feeling that buzz.” She prefers that energy be focused on driving safely.